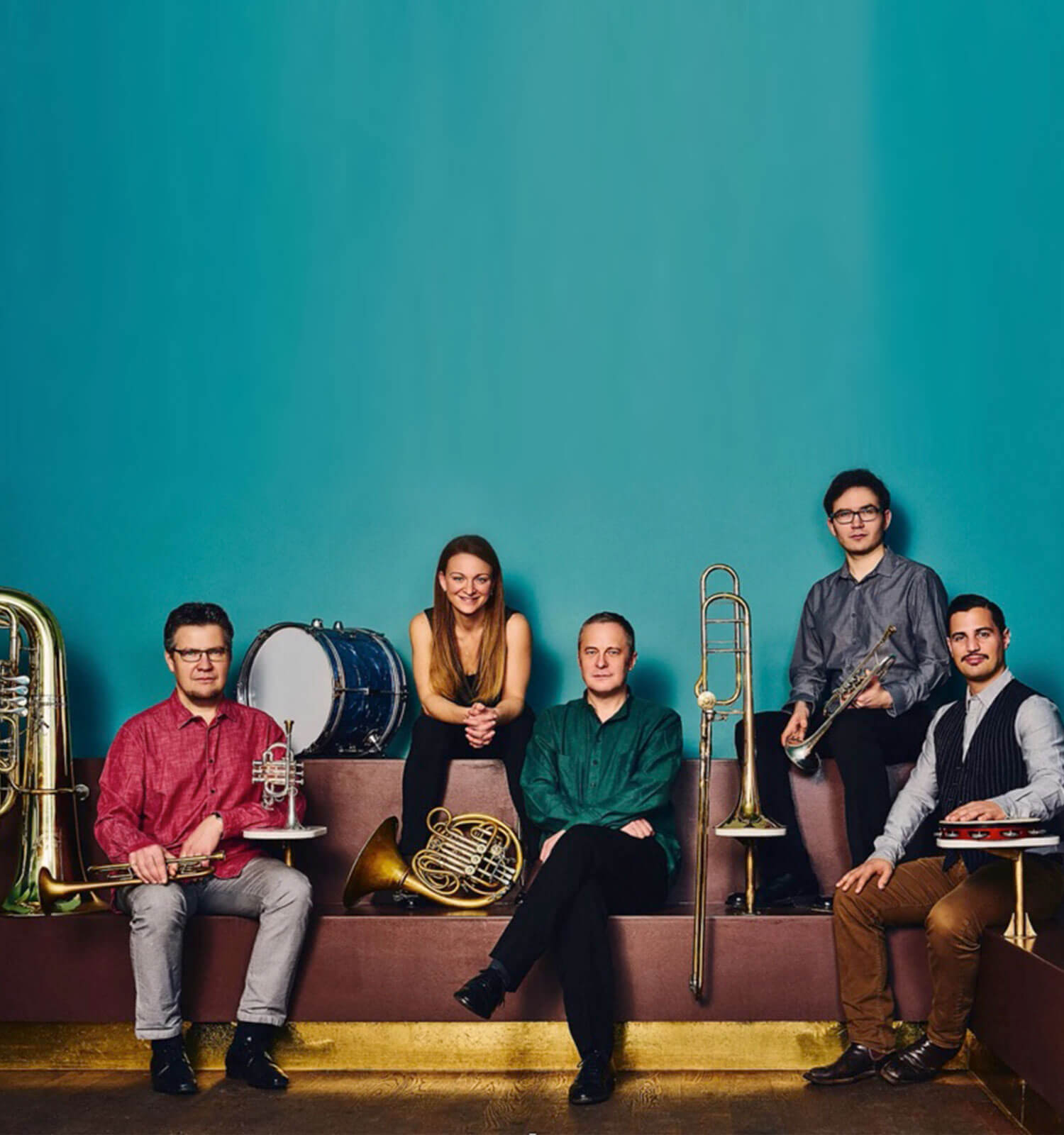 Stockholm Chamber Brass was founded in 1988 by five young Swedes, originally only to rehearse brass chamber music together.  However, with funding from the Royal Swedish Academy of Music, SCBrass decided to travel to Narbonne, France, for their first public engagement at the International Competition for Brass Quintets.  The group went on to win 1st Prize and so began its nearly 30 year career as one of the leading Brass Ensembles in the world.  Very early on in the development of the quintet, SCBrass made the active commitment to seek out commissions from new and established composers alike, in order to enlarge the amount of original repertoire for brass quintet. Notable composers to write for the group include Anders Hillborg, Sven David Sandström, Karin Rehnquist, Christian Lindberg, Eino Tamberg and Piers Hellawell.
To date, the ensemble has recorded 6 critically acclaimed CDs including the classics of the quintet genre. SCBrass regularly perform around the world, playing in major festivals such as the Bad Kissingen Sommer, Schleswig-Holstein, Niedesächsische Musiktage, International de Musique Sion Valais, Prague Spring, Budapest International, Internacional de Santander, Soundstream (Toronto), Vinterfest and Belfast Festivals. Alongside creating a legacy of repertoire for Brass Quintet, the group are passionate educators and regularly give masterclasses to the next generation of brass musicians. 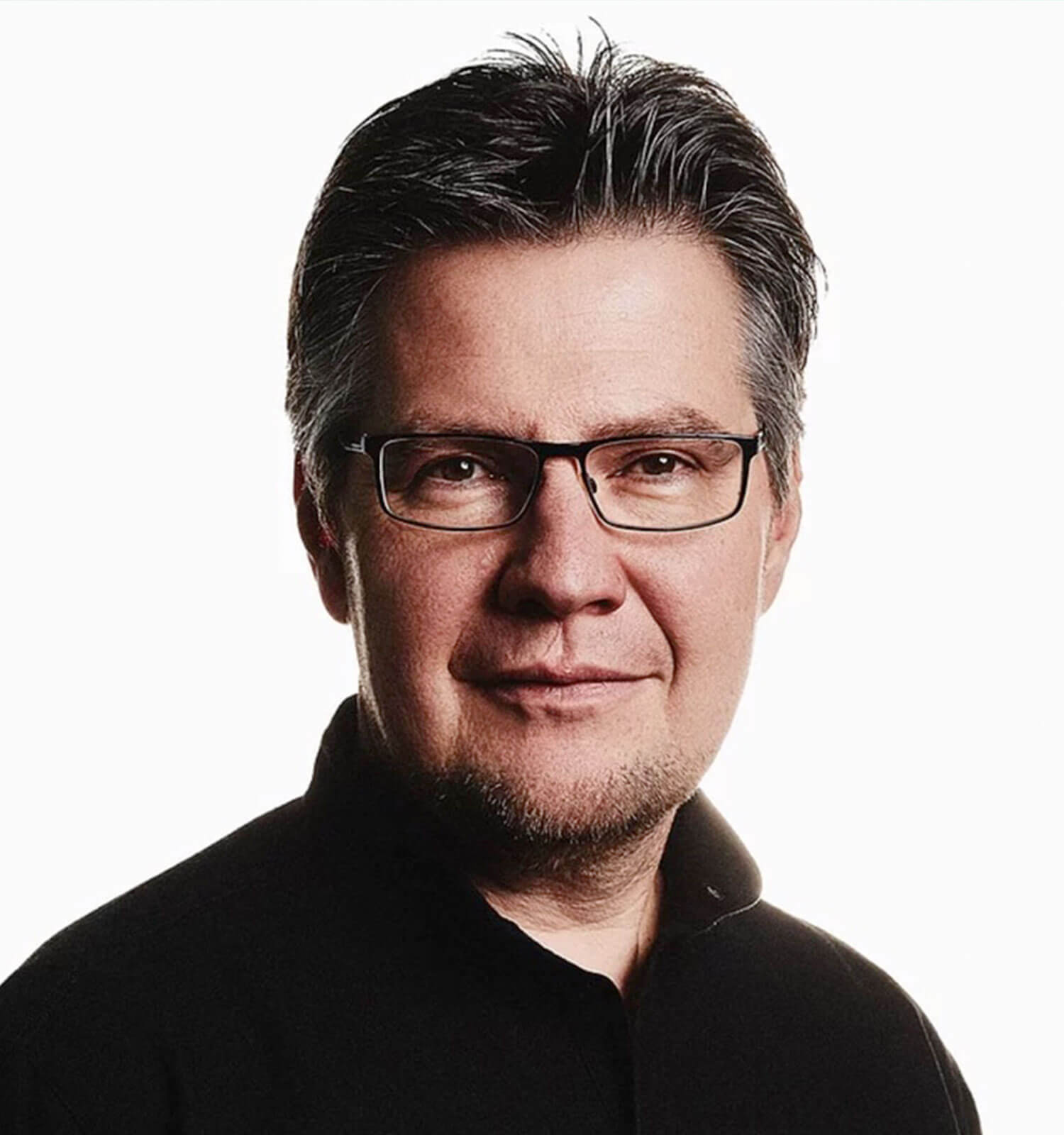 Swedish born Urban Agnas studied at the Ingesund College of Music in Arvika, Sweden. In 1987 he became the principal trumpet with the Gothenburg Symphony Orchestra before moving to the Royal Stockholm Philharmonic Orchestra in 1989 where he remained until 1992. Urban won prizes at the ARD-Wettbewerb in Munich in 1986 and the Radio France International Trumpet Competition in Toulon in 1987.

As a soloist he has performed with orchestras such as the Royal Stockholm Philharmonic Orchestra, the Gothenburg Symphony Orchestra, the Helsinki Philharmonic Orchestra, Norrköping Symphony Orchestra, the Bavarian Radio Symphony Orchestra, the Norwegian Chamber Orchestra and the London Mozart Players, with whom he has also recorded J. N. Hummel’s trumpet concerto on CD. Alongside his brother, Joakim Agnas, and pianist Ida Mo Urban released his own CD, ”Fingerprints 1″ in 2005. Since 2001 Urban is professor of trumpet at the prestigious Academy of Music in Cologne, Germany. Before accepting his position in Cologne he taught at the Music Academies in Stockholm, Gothenburg Ingesund and Piteå. He has taught at numerous festivals including the Blekinge International Brass Academy, Karlskrona and the European Academy for Music and Art, Montepulciano and given masterclasses across the world in Portland, Hong Kong and Oslo to name a few. Urban also brings his expertise to larger ensembles, conducting orchestras across Scandinavia and coaching the musicians of both the Stavanger Symphony and Swedish Chamber Orchestras.

This website uses cookies to improve your experience while you navigate through the website. Out of these, the cookies that are categorized as necessary are stored on your browser as they are essential for the working of basic functionalities of the website. We also use third-party cookies that help us analyze and understand how you use this website. These cookies will be stored in your browser only with your consent. You also have the option to opt-out of these cookies. But opting out of some of these cookies may affect your browsing experience.
Necessary Alltid aktiverad

Performance cookies are used to understand and analyze the key performance indexes of the website which helps in delivering a better user experience for the visitors.

Analytical cookies are used to understand how visitors interact with the website. These cookies help provide information on metrics the number of visitors, bounce rate, traffic source, etc.

Advertisement cookies are used to provide visitors with relevant ads and marketing campaigns. These cookies track visitors across websites and collect information to provide customized ads.

Other uncategorized cookies are those that are being analyzed and have not been classified into a category as yet.